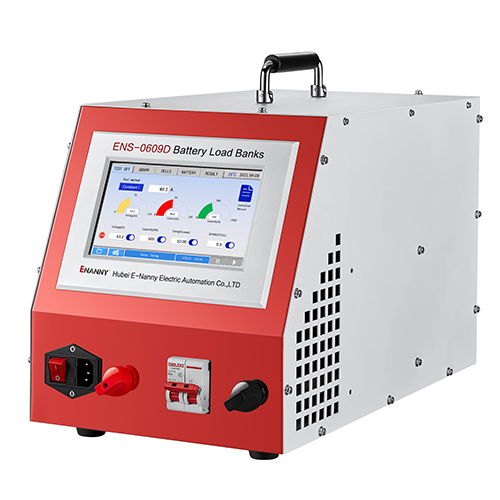 Australia E-Nanny Electric factory is one of the leading Battery Load Banks manufacturers and suppliers. Battery Load Banks has the advantage of having a large user-friendly touch screen menu and a built-in data monitoring acquisition system, complete with wireless modules for monitoring individual cell voltages.

Battery Load Banks has the advantage of having a large user-friendly touch screen menu and a built-in data monitoring acquisition system, complete with wireless modules for monitoring individual cell voltages. The wireless modules are easy to hook up. Each module can record the real-time voltage of up to four individual cells or multi-cell blocks. During the test, the user can view real-time data on the unit’s large 5.7" color screen or through their own laptop.

2). Each wireless module can monitor 4 batteries simultaneously, comparing with the traditional method that each module only can monitor 1 battery, the new wiring operation become easier because the quantity of new modules needed is only a quarter of old-fashioned modules.(only 6 new wireless modules for 48V battery groups).

3). Available for offline & online discharging test of multiple battery groups (up to 4 groups), Battery Load Banks can simultaneously record the actual discharge currents of each battery groups in the test. (As accessories, extra current clamps are needed for multiple groups testing).

5). Offering manual function for setting the battery number which voltages below the threshold value, this design could help you to locate more lag batteries in once constant discharging.

2). Applying the electric heating component made by aero-alloy for the power consumption section, new generation material level up the coefficient of safety and the transition rate between electricity and heat, meanwhile reduce the volume and weight.

3). Automatic calculating function for the discharging current, Battery Load Banks installs the discharge current formulae for all hourrates internally, so the setting interface can tell users the suitable discharge currents without manual calculation according the marked capacities of battery groups and the testing hourrates.

5). 5.7 inch colorful touching LCD screen, the big touching screen can fulfill the click operation on the screen easily and directly, and show all parameters and the voltage histogram in the discharging process.

6). Intelligent judge program, Battery Load Banks can identify the situations that the battery voltages reach the threshold value or the signal missing by manual mistake.

For inquiries about our products or pricelist, please leave your email to us and we will be in touch within 24 hours. 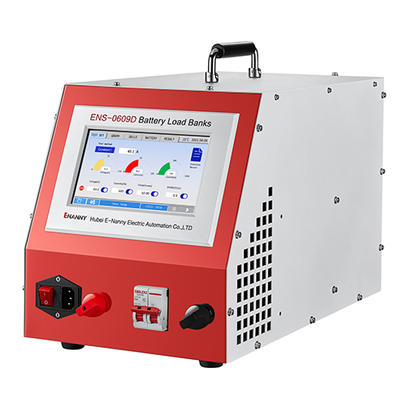